Learn about the history of the U.S. Constitution and its relevance today

Videos are held at the Circulation Counter and may be checked out for 7 days.

James Madison: Father of the Constitution

At just 5'4" tall, James Madison was hardly a commanding presence, but that didn't stop him from shaping American history. He wrote most of the Constitution, all of the Bill of Rights, ... 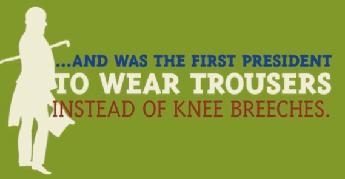 He was a remarkable man of many achievements. Watch the video below --

America Gets A Constitution

After several failed attempts at creating a government, a 1787 convention was called to draft a new legal system for the United States. This new Constitution provided for increased federal authority while still protecting the basic rights of its citizens.

America Gets A Constitution from Certell on Vimeo.

These Annenberg Classroom Videos present a range of constitutional topics, including civil liberties, how a bill becomes a law, the Supreme Court, search and seizure, and internment.

Student Adam Goss describes the Articles of the U.S. Constitution and the Amendments.

Films on Demand is a web-based digital video delivery service that allows you to view streaming videos anytime, anywhere.

Lots to see and enjoy!